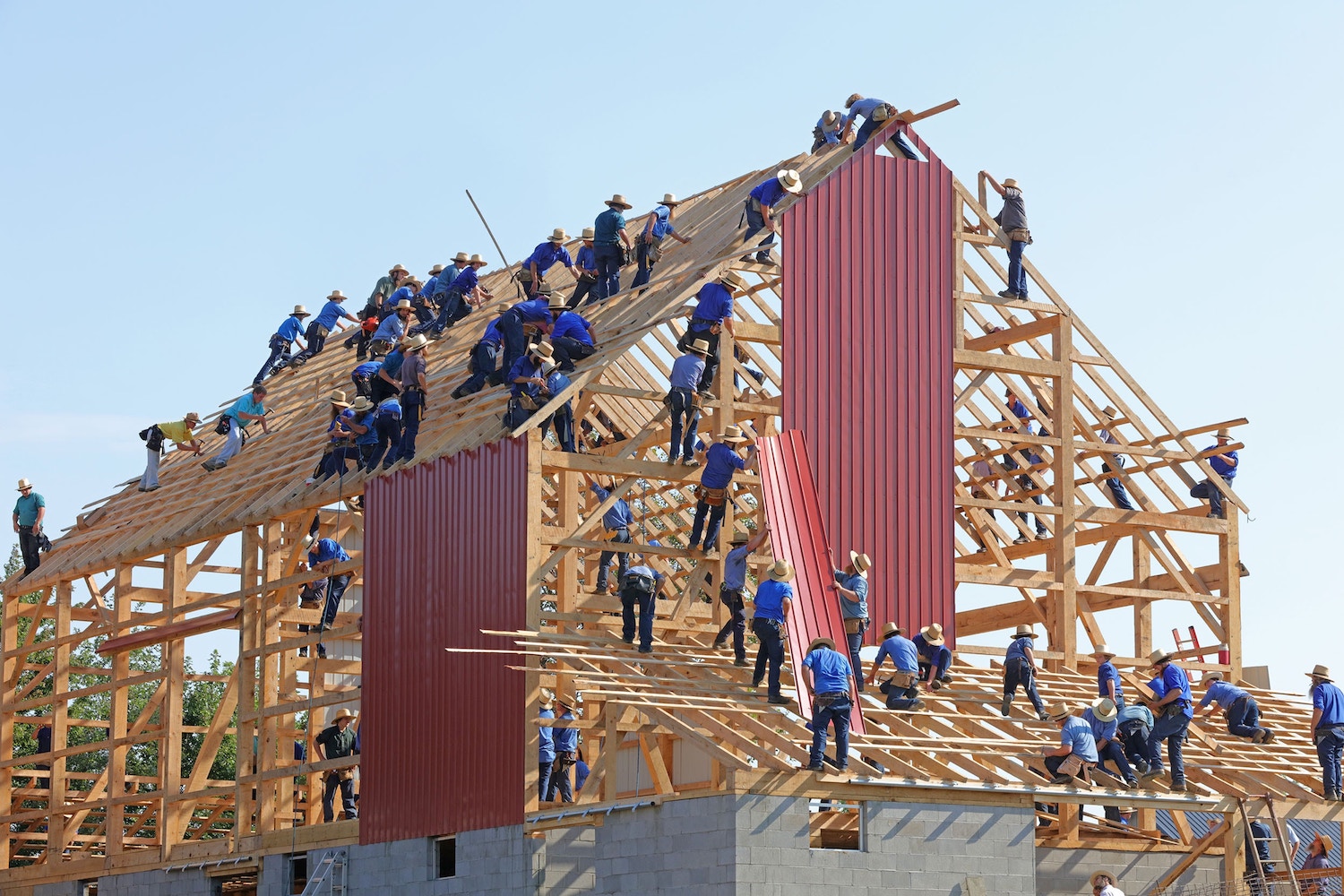 A collaborative relationship using agile methodology among digital designers and developers can ultimately be the most significant factor separating a good final product from one that is excellent. Of course, this perspective assumes both teams are authentically agile, and embrace the Agile mindset using Agile strategies — yes, Agile is equal parts culture and lifestyle. All or nothing. Traditionally, using the same word four times in one sentence would be considered excessive; however, in the digital environment, designers and developers must be agile and do Agile, embracing the word as both an adjective and noun.

Design and Develop With the Agile Mindset

Adaptability, pace, and continuous improvement are often the words spoken when describing the advantages of using agile methodologies for development teams. And on a similar note, a UX practitioner might be heard describing their process as incremental and iterative with a focus on thoughtful features requiring sprints. In both instances, there’s an understanding that the customer must be heard, and the end-user must be happy.

So, although differences between these two departments exist, each having slightly different needs (such as constant communication among developers versus time for research required by designers), a partnership with shared goals is most conducive to fostering the agile mindset. Most important, we believe UX designers and developers can occupy the same sandbox in harmony, creating a much more productive environment than if they were separated. Reviewing the thoughts and advice presented by industry experts, we have identified the most critical factors to consider when integrating design and development teams in an agile environment.

How to Co-design and Co-create

Participatory design, as it’s referred to within the design community, describes the act of stakeholders designing with one another rather than in separate silos. An important detail for truly agile teams, this shared or co-design activity serves to meet the needs of end-users and, most importantly, guarantees that solutions are usable and rewarding. However, a nuance of co-design as it relates to cultivating an agile environment and the agile mindset, practitioners should bring developers into the design process, and developers return the favor for designers. Similar to making smart financial investments, designers can approach co-design (participatory design) with a give-a-little-get-a-lot mentality. By sharing important details, explaining their significance, and proving their value, designers can set the tone for inclusivity on most projects.

Co-creation, on the other hand — the act of bringing people together for a mutually inclusive outcome — is critical to the modern agile team of designers and developers. In essence, this concept emphasizes that design and development should happen simultaneously, with both teams sharing responsibilities and working in unison for a more valuable outcome. A transformative experience for agile teams, co-creation motivates project members to be involved in each other’s work. And that’s the secret sauce. The more developers believe that designers are listening to the capabilities of the technology, the more engaged they will be when receiving requirements — the fruit of user research and customer journeys.

As the agile development cycle illustrates, design and development shouldn’t happen in succession. These two teams of practitioners should place equal importance on planning, research, design, and development, ultimately allowing them to successfully co-design and co-create — the embodiment of interaction over the process.

A collaborative relationship between digital designers and developers, one that embraces agility, is dependent on everyone embracing the art of showing flexibility. Unlike waterfall methodology, agile values interaction over process, forgoing strict rules to allow for continuous iteration and change. Of course, some process still exists in the form of research. Both designers and developers should “have the ability to respond gracefully to change,” says the Norman Nielsen Group. The truth is if just one person rejects this mindset, the team, and therefore company, is not truly agile. Thus, for modern technology organizations or digital design firms where the design and development teams live under one roof or nearby, project success is primarily determined on everyone’s ability to expect, anticipate, and invite change.

Through the lens of a UX professional designing in a healthy agile environment,

Flexibility is dictated by how comfortable developers are with UX designers working ahead of sprints, especially on user-research and thoughtful design ideas, says Lisa Peacock, Executive Creative Director of Designing North Studios.

“Being in-sync doesn’t necessarily mean working at the same pace; teams can still be on the same page when designers gather optimal information and data to report back to DevOps.”

Similarly, flexibility also represents designers’ efforts to respect managed task lists and development timelines, as well as having mindfulness towards how many iterations are too many. Additionally, agile teams outperform the rest when they “win” at the game of trust. Of course, designers must understand that trust is earned. UX professionals are at the mercy of the user but wouldn’t have it any other way. The user-above-all-else mindset is one that values research, real-world testing, and solutions-crafting to make experiences pleasant and memorable, especially for digital products.

Although creativity is a crucial part of the user-first mindset, important processes exist to uncover key requirements for the project, and designers should validate these requirements with developers using transparency. Supporting sentiments from the Nielsen Norman Group express that “UX professionals must rigorously validate design ideas, improve them, and communicate that rigor to the rest of the team in an honest and approachable way to gain developers’ trust.”

The User is Always the ‘North Star’

Agile teams that seamlessly integrate both UX practitioners and developers believe in the power of the user. In other words, their work evolves with the end-user at the center, from beginning to end. This mindset adds immense value to the groundwork a UX designer is accountable for: user-research and user-testing.

Many industry professionals fail to recognize that UX design is a scientific theory with over 20 years of practice behind its title. The UX community is a body of knowledge in its own right, validated by well-tested methods. From a client’s perspective, it’s not easy to differentiate between all designers while identifying what expertise they need for their project. And often, this is true for developers as well. This explains why a large number of predominantly visual designers (or UI designers) have filled the gap in supply and demand with a quick transition into the UX field. Unlike teams that “get UX,” teams that don’t do agile well will likely fall into this trap and ultimately serve up a biased solution to a real and complex user problem.

A team of UX designers and developers thriving with the agile mindset views user behavior as a framework, mindset, and strategy. They measure their work in unison with data to ensure that final products are best for users rather than a reflection of what one person assumed to be the best solution. And like all good things in life, the balanced application of UX knowledge is viewed as a principle rather than input on thriving teams.

Any potential gaps between design and development teams are quickly filled by finding common ground — understanding of the user’s needs. Explicitly, the acceptance that thoughtful and considerate design details are paramount to a great final product, and the time it takes to craft these details respects the speed required to remain agile. As a good mother often says, “Everything in moderation,” which couldn’t be more true when weighing time constraints versus the need for thoughtful details.

The simple truth is that digital products are most useful when UX and development teams effectively operate with each other, embracing the agile mindset. A key factor to all digital solutions: specialists are needed when building complicated things.

More specific to our discussion on thriving agile teams, specialists should understand and embrace each other’s work and, most importantly, want to work together for the greater good of the end-user. With the right people in place, and the right leadership to guide these people, the critical factors of speed, efficiency, and detail can exist harmoniously.

As it stands today, agile environments most conducive to long-term success involve co-creation, flexibility, and a user-centric approach. If your team is currently in the process of applying agile or wants to understand the most effective techniques, these core factors offer a good starting point for integrating the complex roles among practitioners.